William Eng has lived at Seattle’s Sacred Heart Orphanage for five long years, ever since his mother’s listless body was carried from their Chinatown apartment. When, during a trip to the movie theatre, William glimpses an actress on the silver screen, he is immediately struck by her features.

Because Willow Frost is many things – a singer, a dancer, a movie star – but most of all, William is convinced, she is his mother. Determined to find her, William attempts to confront the mysteries of his past. But the story of Willow Frost is far more complicated than any Hollywood fantasy . . .

'A story that will engross the reader, it is absolutely compelling, with characterisation that will stun and a sense of place that evokes the sounds, the smells and at times, the despair of Seattle and its inhabitants during the harsh Depression years'

'A heart-warming tale of love, loss and loyalty set in Seattle in the 1930s.'

'Absorbing, atmospheric...Though at times it is joyful, there is much that is so heartbreaking; I very much enjoyed the strong characterisation and the vivid, captivating depiction of the setting and the period.'

'Having loved Jamie Ford’s previous novel, Hotel on the Corner of Bitter and Sweet, I was looking forward to reading this one...a wonderfully poignant and moving story.'

'The whole thing is utterly charming with a fascinating backdrop of the Chinese attempting to blend into American life and wonderful historical detail of the Depression. A very fine book indeed and an excellent follow up to Hotel on the Corner of Bitter and Sweet.'

'A poignant, page-turning story about a mother's love for her child'

'Following his spectacular success with HOTEL ON THE CORNER OF BITTER AND SWEET, Jamie Ford treats us to another epic story that echoes the great love stories from America's Golden Age, like THE WIND CANNOT READ and so on. Ford's characters leap off the page at you, and the emotions they feel are real emotions, the kind you and I feel, heart-grabbing, stomach-lurching, hairs on the back of the neck standing up moments that define us as human beings. He taps into the psyche of the protagonists with consummate ease and comes up with a story that will reach for your heart and draw you in. This is so good...'

'Songs of Willow Frost is a very special novel...Ford deftly weaves the past and present together to form a very touching, poignant novel about love, loss and family. It is a wonderful portrayal of life for Chinese immigrants and Chinese-Americans at this time.'

'A novel to savour and enjoy... Songs of Willow Frost is a story that will engross the reader, it is absolutely compelling, with characterisation that will stun and a sense of place that evokes the sounds, the smells and at times, the despair of Seattle and it's inhabitants during the harsh Depression years... I feel that I've 'gushed' when writing this review, but I really did love every word of SONGS OF WILLOW FROST. I'd hoped for second novel that would live up to the excellence of HOTEL ON THE CORNER OF BITTER AND SWEET and that's exactly what I got - and more. 5-Stars'

Be the first to review “Songs of Willow Frost” Cancel reply 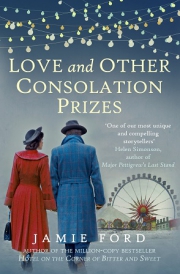 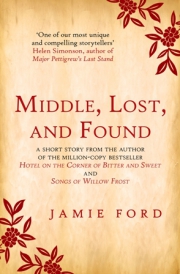 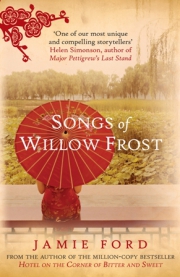