Laura Ackroyd, the journalist girlfriend of DCI Michael Thackerary, becomes drawn into the plight of Jenny Holden and her daughter Anna when she writes an article about domestic abuse. Suffering violence at the hands of her husband, Jenny takes flight to a women’s refuge. But her dreams of a safety are shattered when young Anna goes missing.

Meanwhile, Mohammed Sharif, known as ‘Omah’ to his colleagues, is finding it increasing difficult to keep his balance on the tightrope he walks between his family’s traditional Muslim beliefs and his job as a policeman. When his young, newly married cousin Faria Aziz disappears, Mohammed tries to trace her to ease the worry of his family. But his unofficial inquiry soon becomes a police matter when a bloated and badly lacerated corpse is pulled from the river. If it is that of Faria, Thackerary and his team must tread a careful path to discover whether she died by accident, suicide or murder.

A tense, gripping and emotional mystery, By Death Divided delves into the murky and complex dynamics of two very different families, each of which suffer in the cause of pride, passion and family honour.

Be the first to review “By Death Divided” Cancel reply 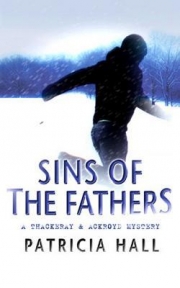 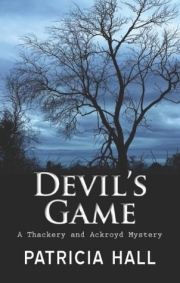