‘I must talk to Hannah Scarlett, it’s a matter of life and death’

When Orla Payne was seven years old, her brother Callum mysteriously vanished. Shrouded in complicated family matters, namely their parents’ divorce and the suicide of their uncle, there were no clear leads about his disappearance. The case was eventually dismissed, as the police concluded their uncle killed himself out of guilt over murdering Callum, despite the fact that the boy’s body was never found.

Twenty years later, Orla is still haunted by the tragedy and remains convinced of her uncle’s innocence. Through working at the residential library, a position she took in order to be near the Hanging Wood where the terrible events took place, Orla gets to know historian Daniel Kind. It is he who recommends she contact DCI Hannah Scarlett, head of the local Cold Case Review Team, to see if she’ll be able to help in finding out the truth.

But Orla’s drunken, incoherent phone call leaves Hannah confused and she’s left doubting if there is anything to be done on such a long-dead case. But when Orla is found dead, she reconsiders, partly out of sense of duty and partly out of guilt, and discovers that investigating the past can throw up some very dangerous truths indeed.

'Full of twists and turns and some sinister (and very dangerous) secrets.The beauty, however, of Martin's books is that they are not just page-turning thrillers - they also give us believable and very human characters mixed up in the plotting (and with the marvellous Lake District scenery as an atmospheric backdrop); Martin Edwards hits top form again here - this is a superb, sytlishly crafted novel.'

'This novel is well up to the standards of the series, as well as providing plenty of descriptions of this particularly beautiful part of the Lake District in north-west England. It is a traditional mystery that will be much enjoyed by anyone who likes a good, solid read with sympathetic characters and a literary theme.'

'Martin Edwards writes the kind of whodunnits too often labelled, utterly unfairly, old-fashioned – because they do not contain meticulous descriptions of bloodshed, rampant psychopaths or emotionally tormented coppers... The Hanging Wood is the fifth in his Lake District series. The main police character, Hannah Scarlett, head of the cold cases section, is appealingly normal; killings take place off-stage; there are many suspects; characters are drawn with insight. A lovely read.'

'Martin Edwards is one of my favourite authors...This series has a wonderful sense of place, the characters are interesting and believable...The Hanging Wood is a beautifully written novel. There are lots of twists and turns in the book and we are kept guessing right to the end. Highly recommended.'

Be the first to review “The Hanging Wood” Cancel reply 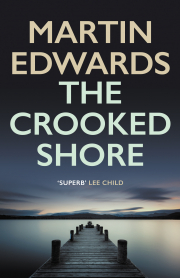 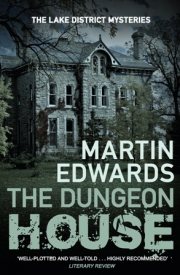 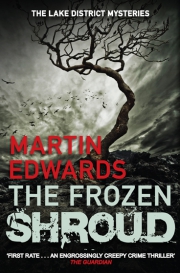 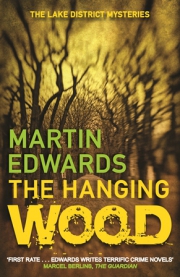 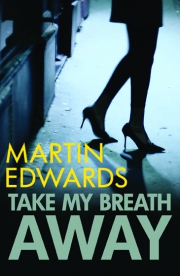