It is always a mistake to confess to murder while wearing a paisley bow tie.‘You don’t believe me, do you?’ asked Henry.‘That you have just killed somebody?’ I asked.‘That I might have killed somebody,’ he said. He looked a little sheepish. The genuine murderer –

the real pro – tends to keep track of that sort of thing. And he wasn’t dressed for murder. The tweed jacket, the checked waistcoat, and above all the yellow bow tie . . . they spoke of a man who would fiddle his expenses and arrange for his pregnant secretary to have a sordid backstreet abortion. They would have enabled Henry to audition as an extra in a fifties costume drama – a dodgy bookmaker, say, or a ne’er-do-well younger brother destined for exile to one of the more obscure colonies. They were not clothes that you would risk wearing for a murder.

'Wodehouse-like characters bring a touch of levity to a frankly serious set of circumstances, and the author, L C Tyler, pulls it off brilliantly'

'A clever plot, with lots of laughs along the way'

'An entertaining read, a book that is as near as unputdownable as is physically and emotionally possible and a book that is not only infectious but humorous to boot'

Be the first to review “Crooked Herring” Cancel reply 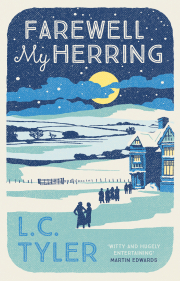 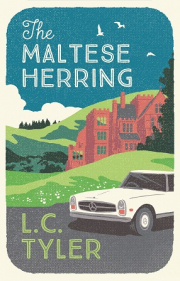 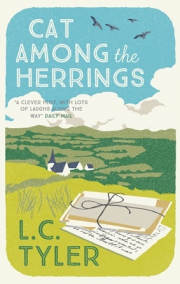