Why choose just one? #ThisBook

The #ThisBook campaign launched by Baileys Women’s Prize for Fiction is a great idea. But quite a difficult one. I struggled for about half an hour before finally being able to decide that Mary Shelley’s Frankenstein was the book that the most impact one me. I struggled, not for mere lack of choice, but for the sheer abundance of powerful female writers out there.

I decided instead to compile a shortlist arranged in no particular order: 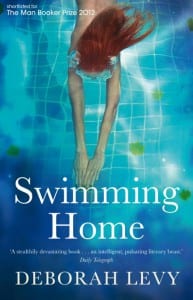 Who would make your shortlist?