The other week we received copies of Mary Nichols’ new German edition of The Girl on the Beach. The cover that might have been consciously designed with fans of Downton Abbey in mind. After all, she says adopting a Through the Keyhole drawl, who would live in a stately pile like this? 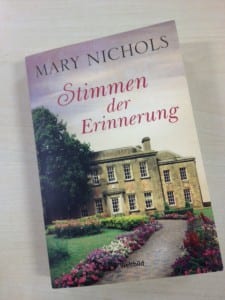 The arrival of Stimmen der Erinnerung made me look at the A&B archives afresh and I’ve picked out a handful of some of my favourite foreign editions of our titles. 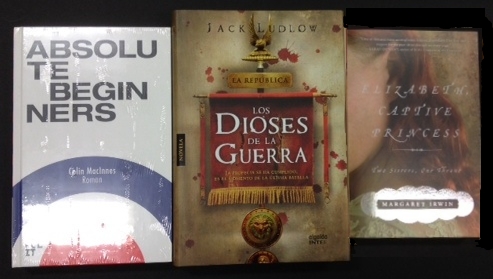 First up, any book is going to impress me if it’s also shrinkwrapped, so the German publishers of Absolute Beginners, Metrolit have bonus points before we even start, and they then continue by echoing the mod mood of the book with the red, white and blue target. Gut gemacht Metrolit.

Secondly, the Spanish publishers of Jack Ludlow’s Gods of War, Algaida Editores fly the flag with a really well-realised Roman banner. It raises the ‘standard’ indeed (see what I did there?). Enhorabuena por un gran trabajo.

Sourcebooks in the US did a beautiful job with their editions of Margaret Irwin’s Elizabeth I trilogy, though my favourite is this vulnerable close-up of the redheaded model on Elizabeth, Captive Princess.

What are your favourite overseas editions? Are there any you had to have even though you don’t speak the language?!