Wednesday Cover Story: Was the old man a winner or loser? 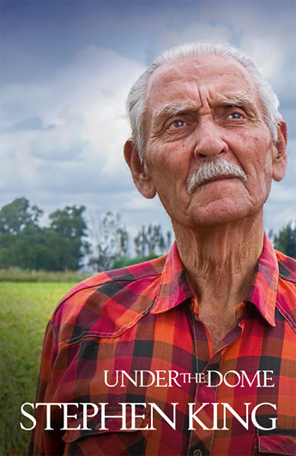 A few months ago we featured the four covers to Stephen King’s new book Under The Dome and questioned which book would have the most appeal. Well, I set about buying a copy as a gift just before Christmas and walked into Waterstone’s High Street Kensington only to find they only had the cover with the old man on the shelf. I would probably have chosen this cover in any case (as I thought my other-half, the recipient of the gift, would have liked this one the best) but I felt a little cheated of choice so waited till I got to my local branch in Wimbledon for my final purchase. But here too I was given just the one opton – whilst a nice pile of copies sat on the display table, all featured the old man on the cover.

So I ask: why is that? Was there a surplus of old man covers by Christmas time which would suggest they were the least popular covers? Or had the old man cover proved to be the best seller, making shops order this particular edition for the Christmas period?

Of course, there is always the chance that it was merely coincidence and other branches would have got piles of the other covers instead. But if that’s the case, wouldn’t that go against the whole concept of the marketing which was to give people a choice?

Want to flag up a cover you love or hate for our Wednesday Cover Story? Write to chiara@allisonandbusby.com with your thoughts