Wednesday Cover Story: The Eyes have it

Not me. I’m the kind of oblivious person who usually has her nose in a book or her mind merrily in the clouds and has to be shouted at repeatedly before I realise someone wants my attention.

But even I have noticed a proliferation of creepy eyes appearing on book covers left, right and centre. These two have been glaring at me from across the office most recently; Sacrifice by Paul Finch and Dark Winter by David Mark. 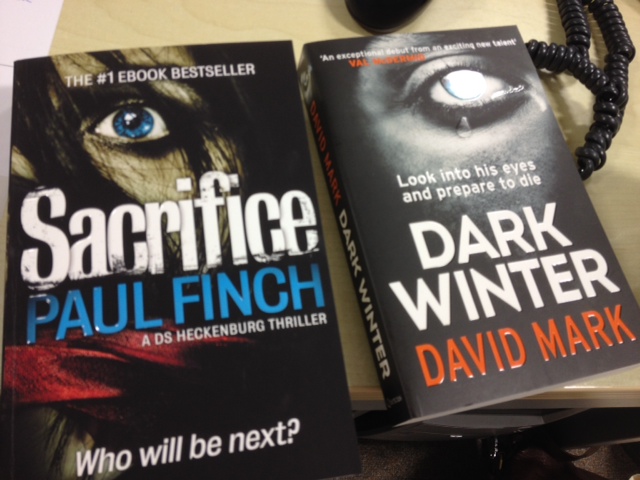 Well done to those cover designers for immediately putting me on edge and signposting that anyone who picks them up is in for a tense ride. It’s the same response that I get to this Penguin edition of 1984. Here’s hoping I can shake this creepy sensation…