The not-so-Oxford-Dictionary definition for ‘caboose’…

We recently ran a competition to see who could come up with the best alternative definition for the word ‘Caboose’ (read our previous blog). Well, let me tell you I’ve never had so much fun getting entries in! You are a funny lot you Allison & Busby fans! Hats off to your imagination! 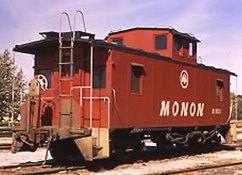 We asked the venerable author Edward Marston to pick the winner. Here’s what he said: ‘In the context of railways, of course, the caboose was a terms used on the American and Canadian railroads for the guard’s van, especially one with sleeping and eating facilities. All those who entered the competition came up with some ingenious alternative definitions. There were no dud entries.’

A word dating from Edwardian Times. The action of cancelling a taxicab at the last moment. For example you hail one in Oxford St but then as it draws near you either decide to walk or you decide you don’t like the look of the driver you boose it away. This is done by shouting boose boose and waving you hands pushing it away. Hence the word Cab Boose – sometimes still spelt with letter b in the middle but more often these days with just one. Caboose – cancelling a taxicab just as it slows down to pick you up. (Bob Clark, Sudbury)

Cab-oose. The noxious fumes left behind by the more decrepit taxis. Can include petrol fumes, a mixture of vomit and vindaloo and the overwhelming stench of a pine air freshner. (Andrea Chettle, Rushden)

A special rope used to tie over cab drivers’ mouths if they persist in telling you the wrongs of the world. (Phil Darling, Stowmarket)

Thanks to all who entered! For our current competitions and giveaways click here.