Debut thriller writer Richard Jay Parker has proved to be a force to be reckoned with on Twitter, after making the shortlist for the Author Blog Awards – brushing shoulders with big-name authors such as Paulho Coelho and Neil Gaiman. 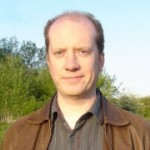 Debut thriller writer Richard Jay Parker (author of Stop Me) has proved to be a force to be reckoned with on Twitter, after making the shortlist for the Author Blog Awards – brushing shoulders with big-name authors such as Paulho Coelho and Neil Gaiman who also feature on the list. Over the past month, readers worldwide were asked to nominate their favourite author blogs and microblogs (eg. Twitter) and the top 28 with the most nominations made the shortlist.

Richard Jay Parker has so far garnered over 3,300 followers through his microblogging on Twitter @bookwalter and he’s only been at it for a year. He said of his nomination: ‘It’s obviously a complete surprise to be on the shortlist and rather strange to be in the company of Paulho Coelho and Neil Gaiman. They have large followings so it’s quite surreal to be on the same shortlist.
I sporadically tweet my thoughts and never know where they’ll end up.  This is probably what I like so much about it.  Bizarrely something I tweeted some time ago resurfaced and got retweeted a month later.  I don’t know why this was but suddenly it was bouncing all over the globe.‘

This is proof of how social networking can get a lesser-known author’s name out to the world and boost popularity. Richard is, however, quick to point out its one downside: ‘Trouble is, Twitter is such a legitimate excuse not to write. Must get back to Thriller n.2 rewrite.’

The public can now vote for their favourites on the list in the categories of published author, unpublished author and microblog. Voting closes on April 16th and the winners will be announced at the London Book Fair official tweetup on 20th April.

View the full shortlist and VOTE FOR RICHARD HERE!