May I suggest a June Thomson novel, Sharapova? 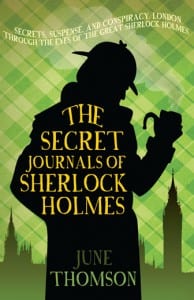 In fact, we’ve just sold Russian rights to The Secret Journal of Sherlock Holmes  so soon the entire series will be available in her mother-tongue. I happen to love the rolling, liquid sound of the language and can imagine Sherlock would sound rather dashing in Russian…