This week we celebrate Book Week Scotland 2012, so what better excuse than to explore some our our books, set in Scotland and/or by Scottish authors!

You could kick things off with some Scottish crime-fiction and the brand new release, Evil for Evil, by Aline Templeton. It’s the latest installment in the acclaimed series featuring DI Marjory Fleming (‘Big Marge’) and this new case takes Marge from Galloway to Lovatt Island and Glasgow. What’s more, if you’re local to Edinburgh, you can meet the author at Blackwells tomorrow where she’ll be celebrating the launch! (Oh, and the book is also one of our Books of the Month so currently £2 off. What more of an incentive could you possibly need??) 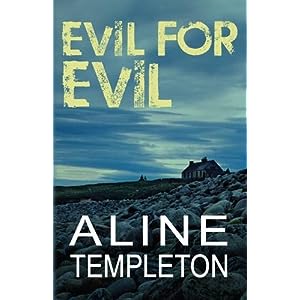 You could then move onto Edinburgh-author Alanna Knight‘s acclaimed historical mystery books featuring the much-loved Inspector Faro or his daughter Rosemary Quinn. Or you could try the inimitable crime series featuring, as part of the crime-fighting duo, a Persian sniffer-cat named Gorgonzola, by the equally unique authors, The Mulgray Twins (yes,  they are Scottish, yes, they are sisters, and yes, they are identical).

If you’re in the mood for romance, you could opt for After You’ve Gone, a moving novel set in 1920s Edinburgh by revered Scottish writer Joan Lingard, or Sophia’s Secret, by Susanna Kearsley which weaves together an historical and modern love-story set around Slains Castle, where a writer discovers she is channelling a not-so-fictitious story from the past.

Alternatively, you could set out on the high-seas with David Donachie’s John Pearce naval series, or try one of his many historical trilogies written under the pseudonym Jack Ludlow. David may live in Kent now, but he was born in Edinburgh and his Scottish roots haven’t escaped him. He still signs off his emails with an Och Aye…

I think these authors should give you plenty to start off with, but should this increase your literary tastebuds for more things Scottish, other A&B  Scottish authors include Alex Gray, Ken McClure, Campbell Armstrong…

Want to start a new series this June?

All of these titles are on sale on Kindle this month 😍

Check out our Sarah Hawkswood sale on Kindle, running until the end of today! 🌞