Following the huge demand for the #1 bestselling Morganville Vampires series to be turned into a film or TV show, author Rachel Caine has launched a Kickstart initiative to have the books adapted for a Web TV series in partnership with award winning producer/director Blake Calhoun (Loud Pictures). 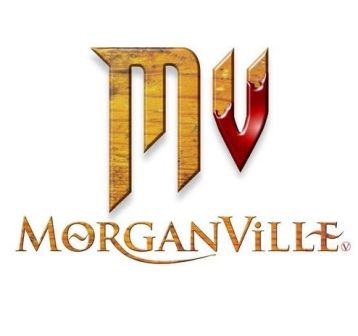 Following the huge demand for the #1 bestselling Morganville Vampires series to be turned into a film or TV show, author Rachel Caine has launched a Kickstart initiative to have the books adapted for a Web TV series in partnership with award winning producer/director Blake Calhoun (Loud Pictures).

“We want to make this show for the fans worldwide,” said Caine. “They’ve been incredibly dedicated, and the numbers of petitions and emails make it clear that they would love to see these characters on screen. We think a quality web TV series is a fun and groundbreaking way to make that happen.”

The fifteen-book saga has global popularity, with translations in 20 languages. The first novel, Glass Houses, was voted the most popular book among UK school children in 2013, ahead of smash media-fueled hits like Twilight and Harry Potter. “These books will make great television,” said Loud Pictures’ Calhoun. “They’ve got involving, dynamic characters, action, adventure, friendship and some very real high stakes. I’m looking forward to working with Rachel on bringing this to life.”

In order to raise the necessary funds to do a web TV show with high quality production values, the partners have turned to Kickstarter to raise the $75,000 needed to cover the essential first season costs of actors, crew, equipment, effects, and music, among other expenses. The $75,000 is estimated to cover six 8 to 10 minute episodes, for a total of approximately 60 minutes of content.

“If we reach that goal, we can turn out a very solid TV-quality viewing experience for the fans,” said Caine. “If we go over, we can add more episodes, more effects, better locations, and make the drama even more compelling.”

Caine is penning the scripts for the first season’s episodes, which will begin filming in September 2013 if the Kickstarter goals are reached. The team plans to release the preview trailer of the new series in December 2013, to follow the launch of the fifteenth and last novel of the Morganville Vampires, Daylighters.

Bestselling YA author and actor Amber Benson (Buffy, Ghosts of Albion, Chance) is attached to play the part of Amelie, the vampire founder of Morganville. Casting for additional parts is scheduled to begin after the successful conclusion of the Kickstarter fundraiser.