You know you’ve made it when you’ve been Google Doodled.

On Bank Holiday Monday, Google tipped their hat in the direction of Charlotte Brontë by dedicating that day’s (her birthday) Google Doodle to the author.

For a website with the clout of Google, these potentially frivolous celebrations have acquired a certain level of depth. A recent Guardian article on the process and work behind the brainstorming, illustration and animation involved, certainly lifts it above the idea of a pointless add-on.

And kudos to the designers, communicating the chosen theme globally while incorporating the Google logo in some way takes some thought and skill. Below are two notable examples, one for the 85th anniversary of Maurice Sendak’s birth and another for 150 years of the London Underground. 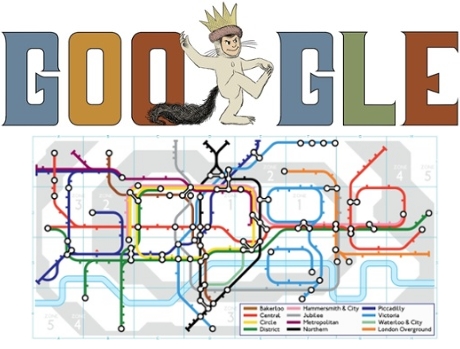 If you’re a fan of the Doodles, did you know there’s a way for you to get involved? If there’s an anniversary, upcoming event or person that you think deserves some Doodle recognition, you can email suggestions through to proposals@google.com.

I think I’ll be dropping them a line to flag up the upcoming Independent Booksellers Week. What would you like to see?