Films and Books – do the kids rule the roost?

Apparently Hollywood films are being dumbed down. For every Black Swan or The King’s Speech that makes it to our screens there are far more Meet the Fockers, Twilight sagas or Toy Story empires. Kids (teens especially) make up a huge number of filmgoers (and they often go and see something more than once) so clearly studio execs want to get the best return on their investment and this means catering to their tastes. And once a certain series has proven itself, they tend to stick with the tried and tested formula and keep on churning out the sequels for as long as possible.

This seems to be occurring in the book trade too. Teens/crossover/young adult – whatever you want to call it, this genre has grown hugely over the past two years – thanks in no small way to the Twilight franchise, of course. The upside is that teens are now encouraged to read more – with a large number of different authors to choose from. But is it at the expense of other ‘adult’ literature? Is the average reader (those over eighteen) forgoing more literary reads in favour of keeping up with the yoof? Or are most of us relieved that it’s perfectly acceptable and no one sniggers on the tube to see an adult reading a book about a teenage girl’s obsession with a vampire and a werewolf, or a young wizard’s adventures at boarding school? There’s nothing wrong with escapism and adding the odd YA title to your reading list can hardly be a bad thing. But with the massive number of YA titles on bookshelves, I sometimes think we may be in danger of losing the good books (especially those that don’t happen to win prizes or get picked up by a huge marketing wave). 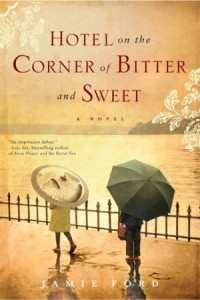 In May, we’re publishing The Hotel on the Corner of Bitter and Sweet, by Jamie Ford, the most beautiful book I’ve read this year, with not a fang, feather or ghostly glow in sight. It’s already got the world talking in the US, where it’s spent a jaw-dropping 70-plus weeks on the New York Times bestseller list. If you’ve reached your threshold of bloodsuckers, I’m imploring you to put it on the top of your holiday reads list. You will not be disappointed. But if you’ve still got a lust for vamps, check our Morganville Vampire series. According to a large number of teens who’ve been in touch with us, it beats Twilight hands down (and I agree)!