As tensions simmer in the heat of repressive colonial India, an English woman and a prince of Avadh defy their own and their societies’ prejudices and fall in love. But in a world where private happiness is at the mercy of wider events, even as Salim and Rachael are drawn closer together, their privileged lives in northern India are about to be torn apart.

Trouble begins when the British annex Avadh and banish the rightful king. Salim is determined to recover what is rightfully his and when a small sepoy mutiny flares into bloody rebellion against British rule, he seizes the chance to fight back. Soon unrest spreads across the subcontinent and the contested ancient city of Lucknow proves one of the most dangerous places to be.Torn between their loyalties to each other, their families and the opposing sides that threaten to raze Lucknow to the ground – can Salim and Rachael’s love survive?

Amid a city and society consumed in hatred and devastation, Salim and Rachael are torn between their loyalty to each other, their families, and the opposing sides that threaten to raze Lucknow to the ground. Will their love prove strong enough to rise above the chaos and survive to a world beyond?

A moving and poignant romance set against the exotic backdrop of what was once one of the richest and most beautiful cities in the world – destroyed by a mutiny and then forgotten.

'A compelling and moving romance, this will draw you into an exotic world from the very first page'

'Highly recommended! Beautiful read. Touching the right chords with the readers at the right places and the right times!'

'The World Beyond has a simple story line, functional prose, authentic settings and suspense. Bhargava’s strength lies in the fact that she is at home in Lucknow, with its nawabs and zenanas and architecture and Mughalai cuisine and culture and its British residents. Events such as the those leading to the 1857 uprising and policies such as Lord Dalhousie’s Doctrine of Lapse are seamlessly interwoven into the narrative.'

'An absorbing blend of history and romance. India is depicted in all its vivid, sensual beauty, the brutality of war is not played down, and the minor characters are as sympathetically portrayed as the lovers themselves.'

'The World Beyond by Sangeeta Bhargava is a beautifully told love story set in Lucknow in the 1850's...The book reads easily, with characters that are all too human, and descriptions that bring alive the splendour of the Lucknow of the nawabs. Daima, Chutki, Nayansukh, the ever hungry Ahmed, Begum Hazrat Mahal, the protagonists Salim, aka Chhote Nawab, and Rachael Bristow, the English colonel's daughter, are beautifully delineated. History comes alive in these pages.
I think I particularly loved this book for its portrait of a city I have lived in and loved, much of which has been destroyed, yet whose past imbues its present with a flavour and a fragrance that is unique to Lucknow.'

Of This and That

'Fascinating novel painting unforgettable images of a continent in turmoil as the English have to come to terms with what they've done to change Indian society, and Indian society itself has to examine its own customs and purposes...The author paints a fascinating picture, almost a series of screenshots, as the story unfolds. Very visual, full of beautiful descriptive writing and tremendous characterisation - sensational.'

'I read The World Beyond in a single day. I was captivated by the story of these two lovers...and fascinated by this portrayal of an unfamiliar and exotic world.'

Be the first to review “The World Beyond” Cancel reply 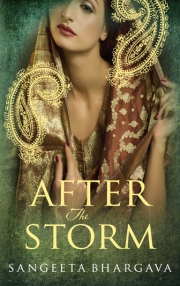 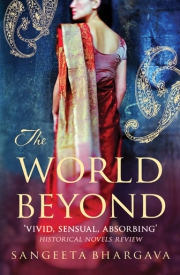