In shock as they came down from the house in the hills, Meldrum pressed his hands together to hide their trembling from his detective sergeant. What motive could account for what they had seen? But then, what motive could explain Charles Manson and his followers, who had butchered film star Sharon Tate like a pregnant animal? Explain it by a brutalised convict’s anger against the world? Explain it by a small-time crook’s lust for power and his disciples’ need for submission? And if every other explanation fails, why not fall back on the minister from the long-ago childhood pulpit and call it evil?

But could a policeman settle for that?

Racked by fears for his daughter and her young son, at odds with his detective sergeant, and haunted by the worry that he is losing his grip, DI Jim Meldrum has to draw on all his resources of integrity and courage as he seeks to find the connection between the death of a one-time Pentecostal minister and a call-girl.

‘Clean, bare style and visceral descriptions make for a gripping read. The story hurtles along at a pace…Meldrum…is an engaging and sympathetic lead character in a story that never fails to captivate'

‘Tremor of Demons is Lindsay at his best’

Be the first to review “Tremor of Demons” Cancel reply 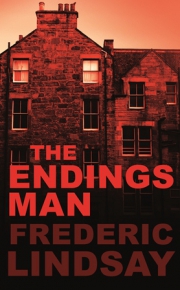 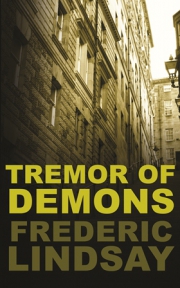