Forced to flee Rome from the barbaric rampages of the Ostrogoths, merchant Nicander meets an unlikely ally in the form of Marius, a fierce Roman legionary. Escaping to a new life in Constantinople, the two land upon its shores lonely and penniless. Needing to make money fast, they plot and plan a number of outrageous money-making schemes, until they chance upon their greatest idea yet.

Armed with a wicked plan to steal precious silk seeds from the faraway land of Seres, Nicander and Marius must embark upon a terrifyingly treacherous journey across unknown lands, never before completed. But first they must deceive the powerful emperor Justinian and the rest of his formidable Byzantine Empire in order to begin their journey into the unknown…

An adventurous tale of mischief, humour and deception, Nicander and Marius face danger of the highest order, where nothing in the land of the Roman Empire is quite what it seems.

'This is a page-turning historical fiction of the first order written with great brio and opening the reader's eyes to a world that, as the author says, "we in the 21st century can only wonder at"'

'Julian took some “shore leave” from the Kydd series to create his latest book, The Silk Tree.'

'Julian Stockwin takes this tale and turns it into a fascinating story, full of colour and incident... [characters] dovetail in perfectly and are totally believable participants in the story. I enjoyed this book very much'

Be the first to review “The Silk Tree” Cancel reply 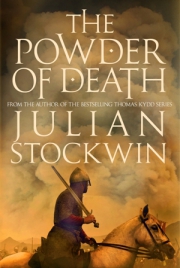 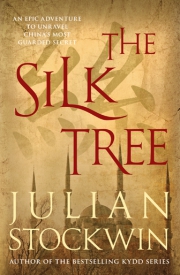