When Sheila Malory reluctantly agrees to help out in one of Taviscombe’s charity shops for a few weeks, her friend Rosemary warns her that about the ‘control freak’ manager Desmond Barlow, and wonders why she couldn’t have said ‘no’.  Sheila does seem to find it difficult to let people down and it is not without some trepidation that she begins her volunteer work.  Before too long, she begins to get the measure of her fellow volunteers including the bossy and strident Norma Stanley; no-nonsense and cheerful Jean; and Desmond’s mousey and put-upon wife Wendy.  It’s clear there’s a clash of personalities but surely no-one would wish Desmond harm?  When his lifeless body is discovered in the shop after an apparent botched robbery, Sheila finds herself at the heart of the investigation as Inspector Bob Morris seeks her help – unofficially, of course.

As Sheila delves deeper into the lives of her fellow charity-shop workers, she discovers long-held secrets and hitherto unknown connections – and perhaps a motive for murder exists after all?  As Shakespeare put it so eloquently in Julius Caesar, ‘death, a necessary end, will come when it will come’ but for Desmond Barlow it came somewhat sooner than nature intended…

Be the first to review “A Necessary End” Cancel reply 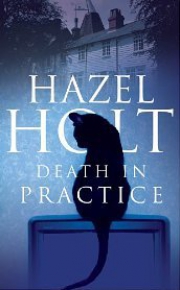 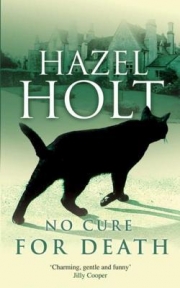