The world changes for Ethan Gage – one-time assistant to the renowned Ben Franklin – on a night in post-revolutionary Paris, when he wins a mysterious medallion in a card game. Framed soon after for the murder of a prostitute and facing the grim prospect of either prison or death, he barely escapes France with his life – choosing instead to accompany the ambitious young general Napoleon Bonaparte, on his glorious mission to conquer Egypt.

With Nelson’s fleet following close behind, Gage sets out on the adventure of a lifetime. And in a land of ancient wonder and mystery, with the help of a beautiful Macedonian slave, he will come to realise that the unusual prize he won at the gaming table may be the key to solving one of history’s greatest and most perilous riddles: who built the Great Pyramids…and why?

Be the first to review “Napoleon’s Pyramids” Cancel reply 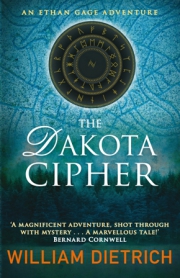 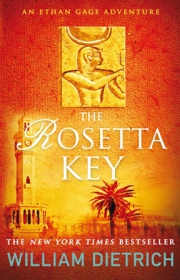 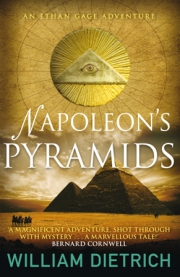