Friday, 8th April 1994. Kurt Cobain’s body was discovered in a room above a garage in Seattle. For the attending authorities, it was an open-and-shut case of suicide. What no one knew was Cobain had been murdered.

That April, Cobain went missing for several days, or so it seemed: in fact, some people knew where he was, and one of them was Courtney Love. This explosive crusade for the truth paints a critical portrait of Love, and reveals for the first time the case tapes made by Love’s own private investigator who was on a mission to find the truth about Cobain’s death.

Be the first to review “Love & Death: The Murder of Kurt Cobain” Cancel reply 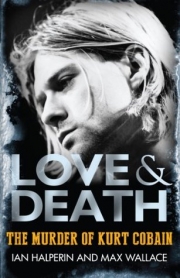