It is 1914 and while battles rage across Europe, three empires – the Ottoman, the German and the British – fight for dominance in the Middle East. The merciless landscape of Persia and Mesopotamia are prizes to be claimed by the most ruthless opponent.

In the midst of the chaos is Kingdom Lock. Working for the British Intelligence Service known as the White Tabs, Lock is sent to Persia on a commission from the Australian Infantry Force. His mission: to prevent a German spy from inciting jihad and rebellion among the Muslim tribes and from seizing control of the precious oilfields. But before then, having recently rescued Amy Townshend, the daughter of a top ranking British officer, from Turkey, he now finds that he must save her from the clutches of death once more. It’s a task that seems destined to fail with bloodthirsty, relentless Turks at every turn . . .

To complete his mission, Lock must stay one step ahead of the war raging around him. And to make matters worse, Amy’s fiancé, an aristocratic young officer, is none too pleased about Lock’s developing relationship with his future wife. In this super-charged adventure, can Kingdom Lock survive the dangers that threaten him?

'This is a rip-roaring read, brimming with suspense'

'This is a rip-roaring adventure set in a perilous but picturesque theatre of war, brimming with suspense and it may keep you awake late into the night.'

'Lock is a superb character, a WW1 James Bond, if you like. Stunningly enjoyable.' 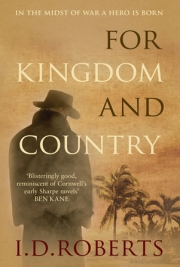 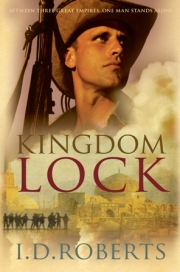