Major Jeremy Maidment, former service man and pillar of the community, only wants to help when his neighbour Mrs Pennysmith is robbed by local con man Luke Chalfont. Appealing to DI Bob Cooper, Maidment is on a mission to help police trap the subject. But the arrest goes rapidly awry when Chalfont threatens Bob with a knife and Maidment’s ‘shoot first, ask questions later’ policy lands him in deep water. With a suspect near death and Maidment’s possession of an unlicensed gun raising questions it’s time for the force to draft in their Secret Weapon, Sergeant Nightingale; young, dynamic and determined to find answers….

DCI Andrew Fenwick is also up against a tough case. The Choir Boy investigation, a project outside of ordinary police jurisdiction, aims to expose an infamous and increasingly powerful paedophile ring. The pressure is on as Fenwick’s refusal to play by the rules means the prospect of new assistant commissioner Harper-Brown taking the case from him looms heavily. Moreover, with thirteen-year-old school boy Sam Bowyers missing, every second counts. But is the investigation more complex than it initially seems?  And could something buried alongside a child’s corpse, twenty-five years ago, hold the key?

As tension mounts between the two cases, a question comes to light: Is innocence in the eye of the beholder?

‘It is a poignant read not only in terms of a well-written and powerful story, but in the eloquent and moving prose that reveal the feelings of the characters…An excellent book that I will re-read, and that I cannot recommend too highly... If you haven’t already read any of [the series] I urge you to do so”

‘Innocent Blood weighs in at a hefty 540 pages and is worth every one of those. It’s a chilling book with a genuine feel of evil pervading it. Corley’s writing is steely and precise, and she plots immaculately…An excellent book.’

‘A real page-turner that had me hooked from the word go…I read this book in less than 24hours (I just couldn’t put it down)…Interesting and thought-provoking…Just perfect.’

‘Highly recommended… the second in what promises to be an unusually good series of police procedurals. Convincing and chilling.’ 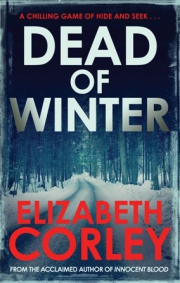 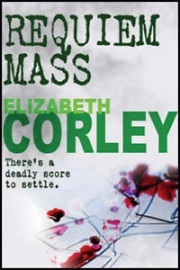 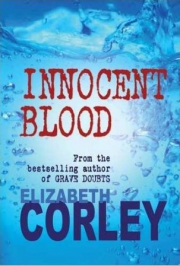 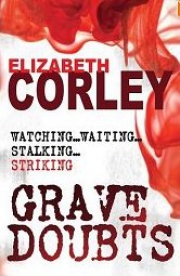