The captivating sequel to The Pledge

I knew who whispered inside my head.

Sabara who should have died months ago. Sabara upon whose throne I now sat, whose queendom I now ruled.

She was still here. Living inside my body.

After decades of suffering under the tyrannical and ruthless rule of Queen Sabara, peace is seemingly restored to the country of Ludania. Seventeen-year-old Charlaina, having played an intrinsic role in the overthrow of Sabara’s brutal regime, is the new sovereign, and struggles to adjust to the responsibility that has been thrust upon her. Racked by uncertainty about her suitability for the position, the only thing she is sure of is the strength of her love for Max, and the loyalty of her friends. Although struggling to reconcile her destiny with her own desires, Charlie seeks to bring equality and amity to her previously discordant and divided country.

But not everyone is happy with their new Queen, and Charlie must face an adversarial force that’s rapidly gaining momentum, as well as her inexplicable feelings for the mysterious Niko. Sabara’s influence is far from over, and Charlie’s opposition arises not only from external enemies, but from those growing inside her…

'I really enjoyed the first book in Kimberly Derting's dystopian fantasy series [The Pledge]...and within a few chapters [of this second book] I was fully sucked back into the world she has created. The Essence is a great story and a book that fans of The Pledge are sure to love.'

'The Essence was a great read from the very first page, right up to the very last word... The world Kimberly Derting has created...is so easy to fall into.The characters now feel like family to me...A great series.'

Be the first to review “The Essence” Cancel reply 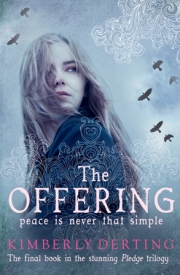 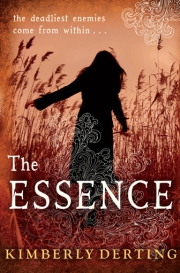 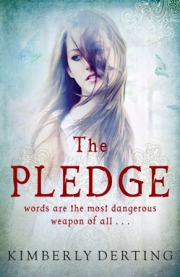