I find myself quite regularly on the 259 bus towards the city centre, which takes you past HM Prison Pentonville. 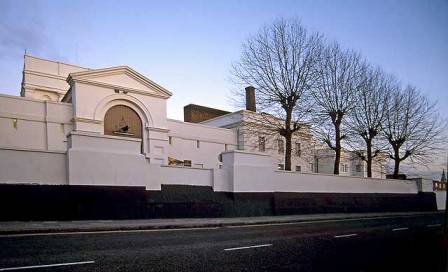 Not being a native speaker, it took me a second to figure out that HM stands for ‘Her Majesty’s’. It made me question why other important institutions like the British Library and Museum and the National Portrait Gallery did not carry the title? After all, a prison is not exactly the most positive publicity for the monarchy… But then I realised that historically one of the foremost functions of government was discouraging crime through threat of punishment. Also, it turns out, while the British Library etc. are sponsored by the Department for Culture, Media and Sport, they are technically NDPBs – non-departmental public bodies – and ‘quasi-autonomous’.

Nevertheless, this made me wonder about the relative value of culture – which I see as a vehicle to personal and intellectual growth – versus punitive systems that in essence epitomise restriction. It shouldn’t come as a surprise that lack of education – and consequently being unemployable – promotes crime, and it seems that lately efforts are being made to break that cycle. The Evening Standard is currently running the Frontline London Campaign to support ex-gang members in building viable social enterprises to break free of a criminal background.

Particularly interesting to me was the discovery that there is a project called Prison Reading Groups, a partnership between the University of Roehampton and the Prisoners’ Education Trust to encourage literacy and education in prisons that is supported by publishers and the charitable organisation Give A Book. It gladdened my reader’s heart to find a quote of one Reading Group member who says: ‘I never knew you could get so much from books.’

So while in the past governments had a hand in destroying books that were anti-regime in book burnings and you could be incarcerated or burned as a witch for owning the wrong kind of reading material, nowadays the case has been reversed – prisoners are encouraged to broaden their horizons. 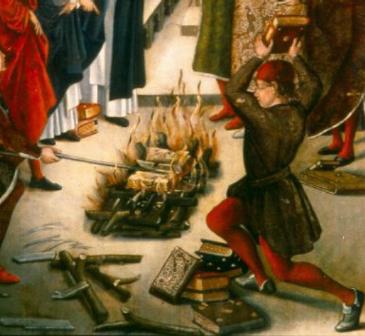 You can read more about Prison Reading Groups here.