Last year we spotted the Gothic font used on our brilliant Morganville Vampire covers on the signage for Sweet Revenge – a cupcake store in Kingston. Now I’ve spotted it in South Wimbledon, this time on the signage for a tattoo parlour, Collector’s Ink. 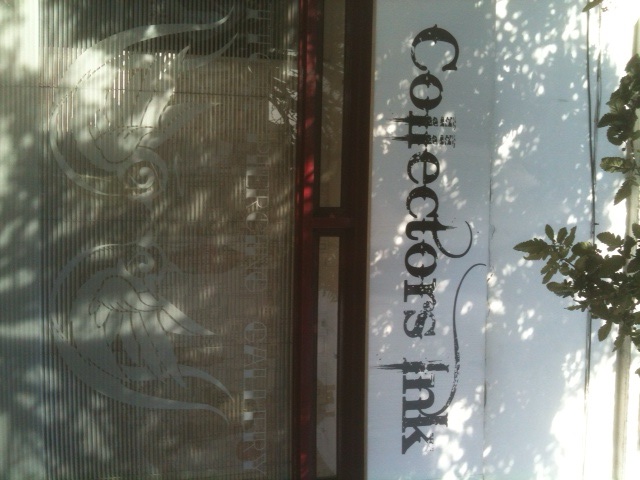 A tattoo parlour certainly fits in with a Morganville-esque theme. Tattoos certainly make an appearance throughout the series, sported by various Morganville residents and then there was the magical tattoo that could bend Claire’s will in Carpe Corpus… But there’s one Morganville tattoo I know I’ll never forget, the one belonging to a fan who showed up at one of Rachel Caine’s book signing events with an entire Morganville themed tattooed  back. (Note there’s a Welcome to Morganville sign visible through the sunglasses) 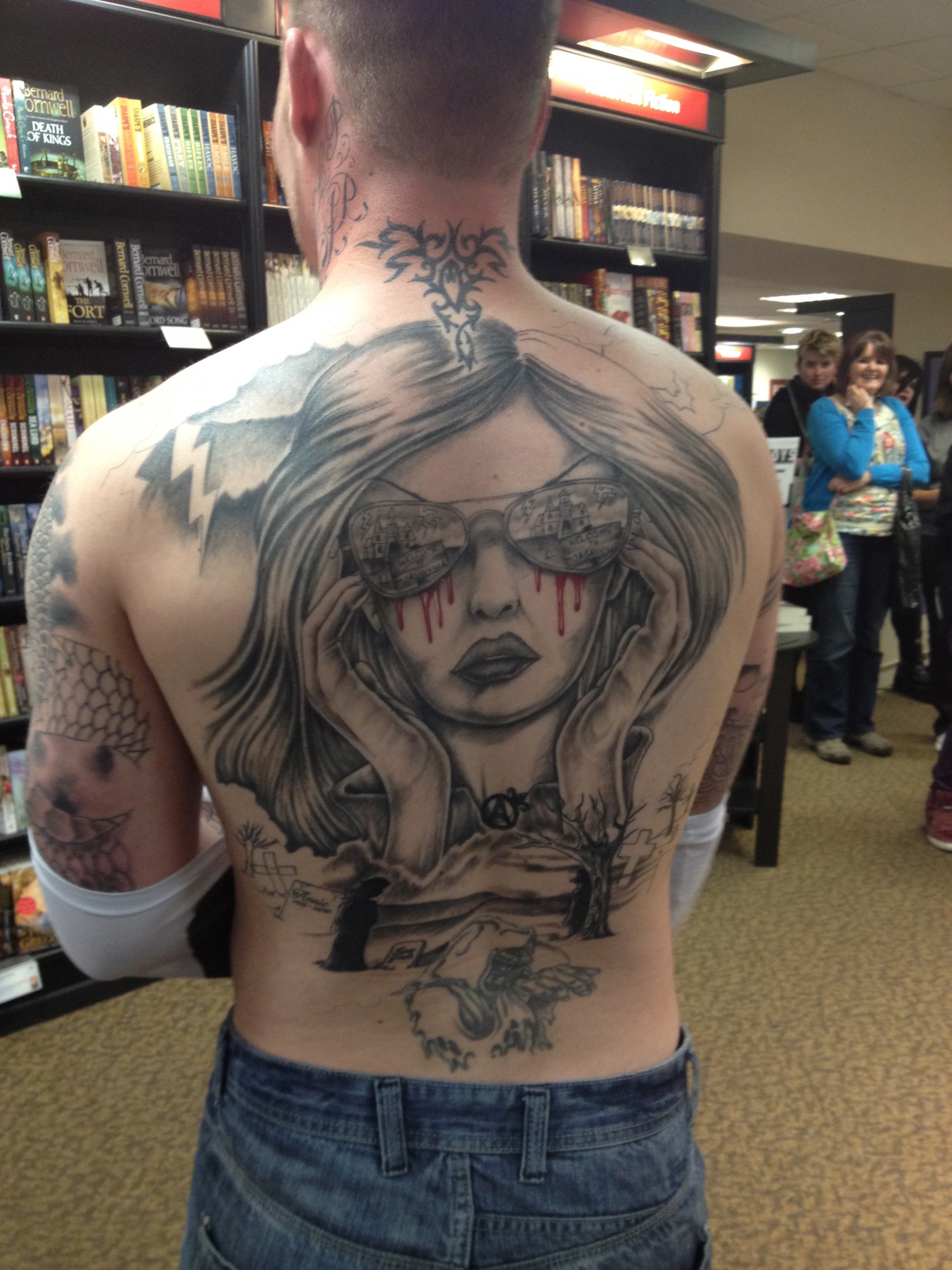 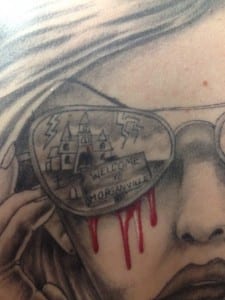 Maybe he had it done at Collector’s Ink? By the looks of things, the owner is a fan (at least of the font)…