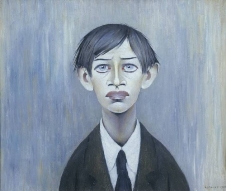 Do you remember that person at school – the one who was ‘really into’ politics and philosophy, who perhaps enjoyed making a big fuss out of the fact that he/she was reading Nietzsche or classic Russian literature, the one who was a bit too obsessed with poetry and who liked to wow everyone with their ‘deep insights’ into life? If not, you were either lucky to avoid them, or I’m describing a teenage you. Either way, you might enjoy my latest Twitter favourite – Sixth Form Poet.

‘Deep Thoughts and Wise Words’ are his motto. I’ll let you be the judge of that with a few of my favourite Tweets:

“You have to question the modus operandi of people who use Latin for no reason.” — Sixth Form Poet March 28, 2013

It must be said that Twitter is a good place to be if you’re looking for a book deal – you can now buy a collection of these witty one-liners in The Sixth Form Poet: Deep Thoughts and Wise Words. Anyone else tempted to start Tweeting old jokes in the hopes of a nice advance?