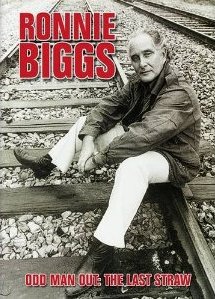 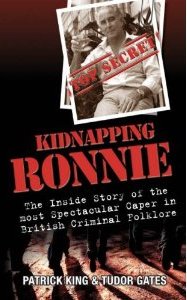 Today’s news is that The Great Train Robber, Ronnie Biggs, has just launched his official autobiography, Odd Man Out: The Last Straw. Unable to speak and looking extremely frail in this footage from SKY NEWS from the press conference, Ronnie has apparently been working on the book since he was released from jail on compassionate grounds in 2009.  And now the book inevitably draws mixed opinions – with those who regard him as a ‘loveable rogue’ and others who disagree that a criminal should be allowed to cash in on his notoriety.

The blurb on Amazon says that in the book ‘Ron tells how he managed to outrun and outthink the posse of law enforcement officers and the media that chased him around the world as one of its most wanted men. From his time in Australia, to his discovery and arrest in Brazil in 1974…[and] covers the two attempts to kidnap him.’

Now I’ve already read about one of these attempts – the one back in 1981 when a group of men were sent on a mission to kidnap him from Brazil and bring him back to the UK. It is described in captivating detail in Kidnapping Ronnie which we published some years ago, co-written by Patrick King – one of the men on the ‘snatch’ team. He shared many hours with Ronnie in the run up to the kidnap attempt so, if nothing else, I’d just be curious to read the chapters in Ronnie’s new book that covers this period, just to compare perspectives. As odd as it sounds, the point of view of the kidnapper versus that of the kidnappee…