I had hummus for lunch today. And this simple fact led me to ponder that I never really know what the correct spelling is for the word. A quick Google informed me that it can in fact be spelt in many different way including houmous, hommos, hommus, hummos, hummous, hamos (not to be confused with Hamas – it could get awkward) or humus. And because Wikipedia has a way of leading you to other random places, I was made aware that this last spelling, Humus, is also the name of a band.

The fact that it’s unlikely you have heard of this band probably stems from the fact that a) it is a one-man-band (say no more) and b) this particular man has a very questionable notion of what constitutes a cool band name. (Humus? Really? Uncool man. Very uncool.)

But what really grabbed my attention was the fact that he apparently stipulated that that he chosen this name based on the earthy, “humus-like sound” of his music. Moving quickly past the point that he bizarrely likes the association (Seriously? That’s really what you want people to think of when they listen to your music? Chickpea paste? I repeat – UNCOOL man, SO uncool) is the fact that I’m actually suddenly thinking about what kind of sound hummus actually makes – a thick, grainy/scratchy sound.

Whilst I’m used to thinking of food in terms of taste and texture and spice, I’ve never thought of food in terms of sound, or sound in terms of food. So now I’m actually matching foods to music….a classical solo violin piece with a hot and slithering noodle soup. A staccato piano piece with peas etc, etc.  Read a food review and you’ll inevitable come across phrases like ‘a medley of flavours dancing in my mouth. So maybe this Humus-dude, whilst still uncool, is less crazy than I thought and there’s a grain of sense to his food-music idea.

What can I say, it’s been a slow day – I appreciate your sparing the time for such banal thoughts. And in a pathetic attempt to salvage this post into something vaguely informative, if you like hummus as much as Mr One-Band-Man, here’s a book I saw on Amazon that will inspire you in better ways… 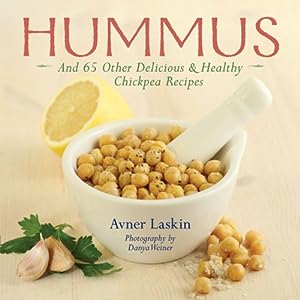 Crime is hot this summer, especially at 99p! 🔥

Get your hands on #BadforGood, Murder on the Lusitania, #TheDaughter and #ATasteforKilling in the current Kobo promotion