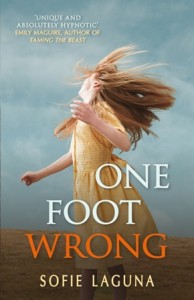 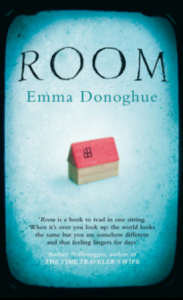 Last year we published the uniquely memorable book One Foot Wrong, by Sofie Laguna – a novel both exceedingly dark and exceedingly beautiful, and the kind which lingers with you once you’ve turned the last page. It was (as we never failed to say to anyone we’d speak to about it) unlike anything we’d read before.

However, now we have Room, by Emma Donaghue – a new book out this year with a remarkably similar premise.

Both novels are told from the perspective of a young child – in One Foot Wrong, it’s a girl Hester, in
Room, it is a boy, Jack.

In One Foot Wrong, Hester lives a dark and oppressive life, verbally and physically abused by her parents, who don’t allow her out of the house.  Until the day her parents are forced to send her to school and she discovers a whole new and beautiful world outside the one she knew.

From what I can gather from reviews and synopses of Room, Jack’s life is confined to a tiny room of a house where he is imprisoned with his mother (who is regularly abused by their captor). When he is five years old and begins asking questions, his mother slowly reveals there is a world outside their four walls.

Both books have inevitably been linked to the Josef Frizl case and both have been nominated for awards. One Foot Wrong was shortlisted for two prestigious awards in Australia (the Miles Franklin Literary Award and the Prime Minister’s Literary Award for Fiction) but surprisingly fell under the radar here. Now Room is currently on the longlist for the Man Booker Prize.

Mirroring how we felt about One Foot Wrong, Paperback Reader blogger says of Room: “highly original and incomparable; it really is like nothing I have read before.”

So I am truly intrigued at the obvious similarities to the books, and will have to read Room to see where the similarities end and the differences lie.