Chiara’s recent trip to the U.S. has inspired me to write this week’s blog on my top American novels. And no, unlike all other ‘Great American Novels’ lists I’ve come across, To Kill a Mockingbird and Huckleberry Finn will not be making an appearance…

1. The Grapes of Wrath by John Steinbeck: One of my favourite books of all time, by one of my favourite authors. If I didn’t want to avoid repetition, I’d include East of Eden and Of Mice and Men in this list too. Grapes of Wrath deals with the era of the Great Depression, but to me its themes are timeless: the endurance of the human spirit, good and evil, and man vs. nature.

2. One Flew Over the Cuckoo’s Nest by Ken Kesey: Another favourite of mine. I also liked the famous Jack Nicholson film, but the book must definitely be read first if possible! Randle McMurphy is one of the best characters ever written.

3. The Bell Jar by Sylvia Plath: Plath’s only novel is heartbreaking – it’s semi-autobiographical, and parallels Plath’s own experience of mental illness as a young woman in New York.

4. Catch-22 by Joseph Heller: One of those rare books that’s funny while also making a political statement. The classic anti-war novel.

5. Fahrenheit 451 by Ray Bradbury: I first read this one fairly recently, and thoroughly enjoyed it. The book is set in a dystopian American future where the very possession of a book is criminal, and buildings containing literature are burnt to the ground – a publisher’s worst nightmare! 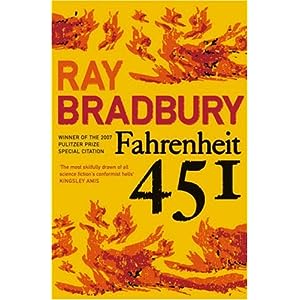 One thought on “My Top 5 American Novels”

Need some summer reading? Take a look at our Books of the Month for June ☀

We hope you're having a lovely weekend 🌞

Take a look at our ebook of the month, Kingscastle by @regencysophia! 😍

Get this regency romance for just 99p!

Check out our Sarah Hawkswood sale on Kindle this month!

Take a look at our Books of the Month for June 🌷