Every year I jump on the New Year’s resolution bandwagon and promise to make a few positive changes. I can’t even remember the ones I made last year which is a testament to how unrealistic or unimaginative they were. So this year I’ve resolved to keep up things I’ve already been doing such as attending a yoga class or running home from the office, or simply having an afternoon of doing absolutely nothing. Especially in the dark nights, the motivation to flail through the cold streets with a backpack strapped to me isn’t always appealing. But if I did it in 2013, I have no excuse in 2014. 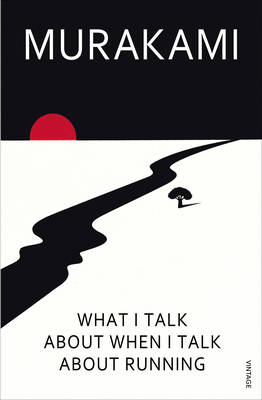 I also recently came across a pretty motivating book on the subject: What I talk about When I Talk about Running by Haruki Murakami. Part travelogue, part running manifesto and part memoir, the novelist considers his relationship with long distance running and writing. Both funny and sobering, it’s extremely motivational. If anyone is taken up running or exercise for their New Year’s resolution, I urge you to pick up a copy. Resolutions are always a great start, but sometimes we need a little inspiration along the way to stick with them.

‘Most runners run not because they want to live longer, but because they want to live life to the fullest. If you’re going to while away the years, it’s far better to live them with clear goals and fully alive then in a fog, and I believe running helps you to do that. Exerting yourself to the fullest within your individual limits: that’s the essence of running, and a metaphor for life — and for me, for writing as whole. I believe many runners would agree.’