Despite being born and raised in London, frequenting the capital’s many attractions is something I have been woefully neglectful of. Prompted by the arrival of American cousins however, I took it upon myself to become a tourist in my own city – and it was then that I discovered the concept of the Time Ball. 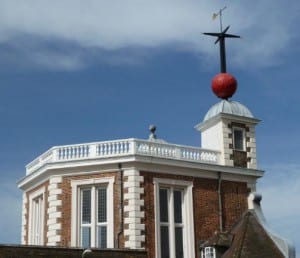 It’s a clever idea: established in Greenwich in 1833, a large red ball drops down a 15-foot post at 1 p.m. every day. It was one of the first instances of signalling time to the public masses, and in the knowledge of this we set out to watch its descent from the Northern bank of the Thames. As my American relatives graciously pointed out, the Greenwich Time Ball is much like the Times Square Ball, but far smaller, far less spectacular, far less iconic, with no worldwide audience or crystals or flashing lights or music, and far easier to miss. Which, as it happens, due to a poorly-timed blink, I did. 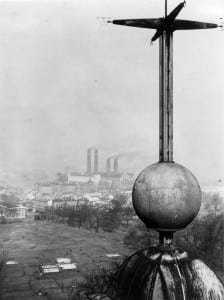 And if I managed to miss it, how did ye olde Londoners rely on such a fleeting timepiece? Maybe they had Time Ball Watchers, whose job it was to obediently observe the stationary ball until 1pm, and then let everyone know it was time for their lunch break. Maybe there were betting shops entirely dedicated to rewarding those who could most accurately guess the moment the Time Ball would drop. Imagine the disappointment if you didn’t realise you’d missed it, and waited until dusk fell in the hope that it hadn’t dropped yet. Integral to the heritage of GMT though it may be, I can’t help but raise a huzzah to the twenty-first century . . .