London, 1926. Harris Stuyvesant, agent of the US Bureau of Investigation, is on a mission. A series of bomb attacks on American soil, thought to be enacted by an up-and-coming British politician, have left him with a vendetta more personal than professional. But when his search for answers leads him to government official Aldous Carstairs, the US agent may find himself in over his head.

At Carstairs’ recommendation, Stuyvesant enlists the help of Bennett Grey, a man with unique abilities. After the Great War left him with an excruciating sensitivity to human deceit, Grey has withdrawn from the world. Now, however, he must help the American insert himself into the terrorist’s rich and radical social circle. Here Stuyvesant uncovers hidden secrets, a horrifying conspiracy, and wonders if he can trust his touchstone, Grey, to reveal the most dangerous player of all….

'Set in the mid-1920s in the turbulent run-up to the General Strike and the unrest of the fledgling Labour movement, it is richly imagined vision of an England divided by the mutual fear and hatred of the new wave of socialists and the old and privileged Establishment. Laurie R King’s research and scholarship bring the social and political aspects of the book to life, her writing is superb, descriptions of place and time are almost cinematographically lush, but it is the intelligence and strength with which she draws her characters – particularly the women – which carries this mystery far beyond the ordinary.'

'A wonderfully created novel...The characters were vivid and well presented and the settings were wonderfully described... Laurie R King has shown that she is indeed a very talented writer.'

'A rich and diverse offering which challenges the mind and demands a single-sitting reading... Indeed, part of the pleasure of this novel is in the savouring, with the lead character of Bennett Grey a superb vehicle from whom to provide just one of the many perspectives in this book...[Laurie R King] continues to produce absolute gems.'

‘Cinematic... Combines a compelling plot with a richly, even
lushly, imagined time and place’ 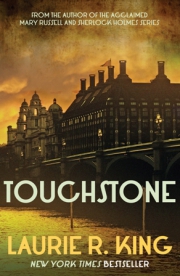 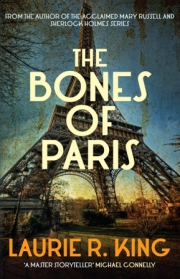