1893. Wigan is in the grip of a devastating national miners’ strike and a harsh winter. Arthur Morris, a wealthy colliery owner whose intransigence on miners’ pay is the main cause of the strike, is found brutally murdered in Scholes, a rough working-class district where he is universally hated and blamed for the grinding hardship the strike is causing. Detective Sergeant Brennan is tasked with finding the murderer and when a mysterious stranger is found bludgeoned to death, Brennan starts to unravel a twisted thread of interwoven clues that will lead to the murderer.

Be the first to review “Striking Murder” Cancel reply 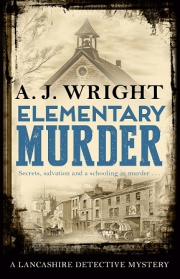