1862, Isle of Wight. Growing up in the small seaside town of Cowes, free-spirited Eveline Stanhope feels trapped by the weight of expectation from her well-to-do family. Her mother and two elder sisters would rather she focus her attention on marrying well, preferably to the wealthy Charles Sandham, but Eveline wants more for herself, and the arrival of the railway provides just the cause she’s been searching for.

Driven by the cherished memories of her late father, Eveline is keen to preserve the landscape he loved so much and becomes closely involved with the project. She forms a growing attachment to engineer Thomas Armitage. But when the railway is complete and Thomas moves on, will Eveline wish to return to the way things were? 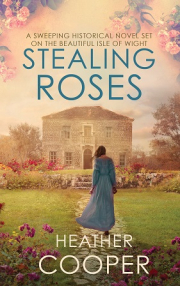