The Secret Archives of Sherlock Holmes

A mysterious veiled lady carries a counterfeit painting into an art dealer’s office. A widow with three hands slips out of a church door. A farmer lies dead in a barn, his son accused of his murder.A skeleton with a silver locket is unearthed in a back garden.What do they have in common? The famous resident of 221b Baker Street.

From the gas-lit clamour of London’s streets, to the isolated Welsh countryside, the great detective Sherlock Holmes, accompanied as always by his faithful friend and biographer Dr Watson, must solve cases as complex as any he has known before, some of which bring him face to face with old enemies from the past, figures left behind in the mists of the Reichenbach Falls…

A brand new cache of original cases from the brilliant imagination of June Thomson displays the master of the art of deduction at his intriguing best and proves that the game is still very much afoot. . .

'In this very entertaining book the author has captured the very essence of the original stories by Sir Arthur Conan Doyle... all very interesting and all atmospheric and deftly plotted... I could not put this book down until I reached the final page.'

Editor's Choice: 'Holmes and his faithful friend Dr Watson unravel a freash batch of baffling cases, all appealing for fans of the original Conan Doyle stories who will find much familiar flavour here to enjoy.'

'There aren’t many writers who can capture the Doyle-Watson style almost to perfection. One of the few is June Thomson...[Here we learn] the facts of the Conk-Singleton forgery, the arrest of Colonel Carruthers, the Abergavenny murder, and the case of Madame Montpensier, we learn how Holy Peters was finally brought to book, how the last of Moriarty’s gang was captured, and how the young Sherlock Holmes, newly down from university, solved an apparently impossible case of theft...The plots are clever without being too fancy, the writing is literate and appropriate, the atmosphere is authentic, and the characters ring true...Wholeheartedly recommended!'

The District Messenger (The Sherlock Holmes Society of London) 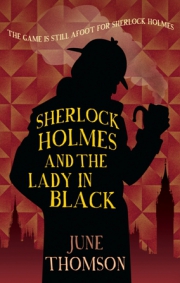 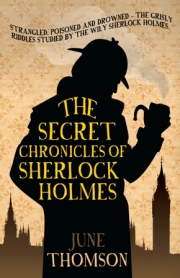 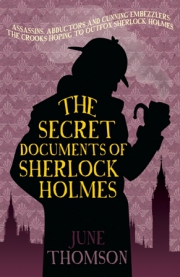 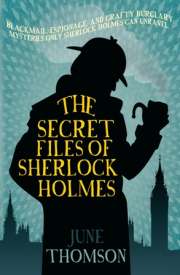