Former boxer Terry Malloy and his brother Charley, the crooked lawyer known to all as ‘the Gent’, are members of the tough, mobster-connected Longshoremen’s Union, run by Johnny Friendly. Johnny and his goons rule the waterfront with an iron fist. If you want to stay alive, you do things Johnny’s way and plead ‘D’n D’ – deaf and dumb.

Terry, seen by most as a slow-witted, washed-up fighter, is happy to do any work he can get. But when he is caught up in one of Johnny’s rub-outs and meets Katie, sister of the murdered man, a conscience begins to form. Together with the idealistic but tough-talking Catholic priest Father Barry, Terry and Katie attempt to take on the gangster-ridden waterfront. But Johnny Friendly and his men don’t take kindly to ratting, and their attempts to undermine the mob may come at a severe cost.

The original novel of the Oscar-winning classic film.

'Novelist Schulberg has put into a book all the things scriptwriter Schulberg did not get said on the screen. A gripping story of New York's harbor.'

Be the first to review “On the Waterfront” Cancel reply 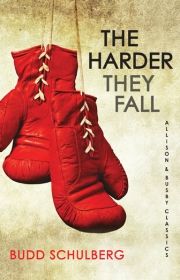 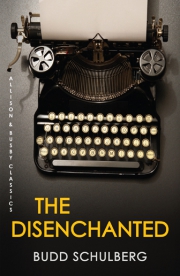 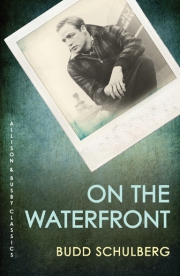