1666. London is recovering from the Great Plague and mourning its dead. The city is free at last, like a great old bear, beaten to its knees, bloody but unbowed. But the disease slithered out of London to wreak its evil upon other towns and cities. The worst was over, the Pestilence gone, in search of new feeding grounds, bounteous and plentiful in the villages outside of the London.

Harry Lytle, who works for Lord Arlington’s intelligence service, is sent to Essex where the plague is breeding to track down a traitor and bring him back alive. But things get tricky when Lord Arlington’s latest recruit for the mission is a man Lytle left dead. Having learnt first hand of Lord Arlington’s barbaric cruelty, Lytle knows he can’t refuse the job. Travelling into a disease-ridden village with a murderer seems like a better option.

'A relentlessly-paced adventure which splashes through the ever-present filth, squalor and decay of the mid-17th century...riveting'

Be the first to review “Hearts of Darkness” Cancel reply 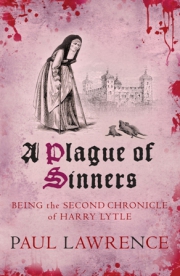 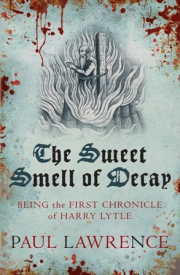 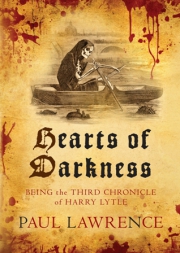