Saudi Arabia, 1991. Troops stationed at the Dhahran airbase are in a state of high alert. The chemical warfare detectors have sounded and the soldiers scramble to put on their protective suits. They sit in tense silence, reminding themselves of the vaccinations which will protect them from chemical weapons. Then the all-clear sounds, and the troops rejoice that they are unharmed – or so they think…

England, 2002. Those same troops are getting ill. Their families are getting ill. Young ex-soldiers are dying from mysterious and varied diseases. And the survivors are angry. Steven Dunbar, a medical investigator with an elite Government agency, decides to probe further. But what he discovers shocks him to the core. For the deadliest threat of all lurks not in the Saudi oilfields or in Iraq, but in the plush boardrooms of Whitehall. And if something isn`t done soon, then more innocent people will die.

A truly audacious novel that blends fact and fiction, The Gulf Conspiracy is going to be one of the most talked-about thrillers of the year.

‘A plausible scientific thriller...McClure is a rival for Michael Crichton. Gripping’

‘Step by step, McClure builds up a chilling scenario that you just can’t get out of your head.’

Be the first to review “The Gulf Conspiracy” Cancel reply 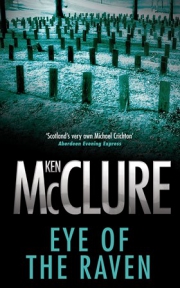