TED LEWIS was born in Manchester in 1940, an only child, and died prematurely in 1982 having published seven novels and written several episodes for the television series Z Cars. His first novel, All the Way Home and All the Night Through was published in 1965, followed by Jack\'s Return Home, subsequently retitled Get Carter after the success of the film of the same name starring Michael Caine. This book created the noir school of British crime writing and pushed Lewis into the bestseller list. 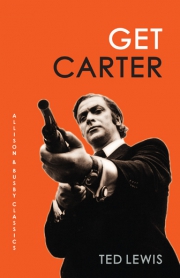