In the last week a controversial app has come to the attention of authors and readers alike: Clean Reader. Its purpose is to find ‘offensive’ language within books and replace these words with a milder alternative.

With a scale from ‘clean’ to ‘squeaky clean’ even words such as ‘damn’ or ‘vagina’ can be substituted for less ‘harmful’ words, although the app has difficulty distinguishing between certain anatomical words; both ‘clitoris’ and ‘buttocks’ will be changed to ‘bottom’, for example. 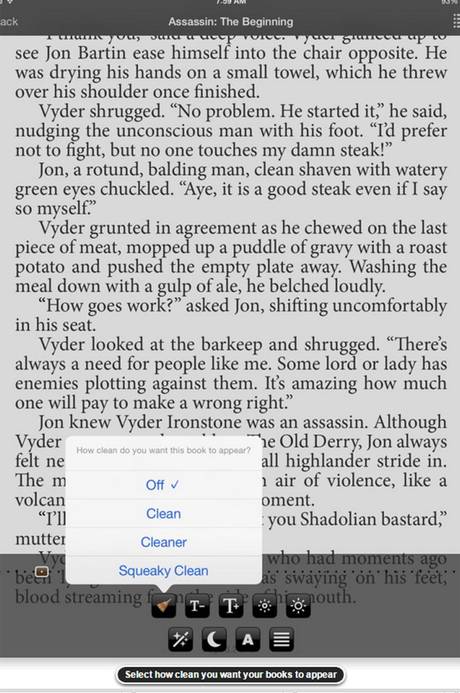 The controversy comes into play for the fact that the app operates without any sort of permission from the authors themselves and has been criticised as a form of censorship. Author Joanne Harris has been particularly vocal in her blog about the app and many other authors have been using social media to voice their concerns.

To read the full article on the Independent, click here: http://www.independent.co.uk/arts-entertainment/books/news/joanne-harris-attacks-clean-reader-app-for-replacing-words-in-novels-10130869.html