All women need is love…?

The recent release of the new film adaptation of Jane Eyre got me thinking about women’s literature and its status in the twenty-first century. To be honest, I assumed that the majority of bestselling authors these days are men; I’ve certainly heard of more male crime writers, for instance. A quick look at The Bookseller‘s Official UK Top 50 chart proves me wrong, however – at my count, twenty-three of the fifty are by female authors. Yes, it’s slightly less than half, but not by much.

I did notice, however, that many of these books by female authors have something in common. Their titles almost always use stereotypically ‘feminine language’ – words linked to emotion, relationships and nostalgia are abound. Take for example The Way We Were, Will You Still Love Me Tomorrow?, The Woman He Loved Before, You Belong to Me, You are my Sunshine, Harvesting the Heart, and To Love and to Cherish. Phew. That’s a lot of rather sickly, heartwarming (ugh) words. 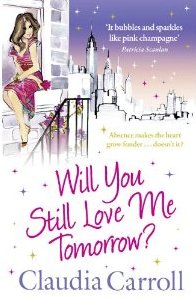 It makes me long for some female fiction of the more hardy variety – if only the Gothicism of Charlotte Brontë, the industrial fiction of Elizabeth Gaskell, or the social satire of Jane Austen were alive and well today. Yes, admitedly we girls all love a bit of romance. At university I was a member of the Women’s Literature Society, which was meant to meet and discuss serious themes and issues in literature by women authors. Our meetings, however, generally tended to involve everyone confessing to which Austen man they fancied the most (mine’s Mr Knightley)…which wasn’t very feminist, really.

Obviously many women do like to escape to a land where the hero says exactly the right thing, fights for his heroine, and overcomes all obstacles to sweep her off her feet. But I think we need some substance as well; Brontë and Austen are examples of the women who managed to include both.

Luckily, I’ve recently been working on some A&B titles by female authors which counter the bestselling gush-fest.  Rachel Caine has me reading about bloodthirsty vampires in both the second Morganville Omnibus and Last Breath, whilst she has dead people coming to life in Working Stiff (the first in her new Revivalist series). Then there’s The Mischief of the Mistletoe where I found Lauren Willig‘s witty style to be very reminiscent of Jane Austen herself (who in fact features in the book) and finally the post-war crime novel The Mapping of Love and Death, by Jacqueline Winspear – which may have ‘love’ in the title, but ‘death’ too to even things out…