A Hashtag by Any Other Name

Jason scratched his head. “You named him Festus? You know that in Latin, ‘festus’ means ‘happy’? You want us to ride off to save the world on Happy the Dragon?” – The Lost Hero, Rick Riordan 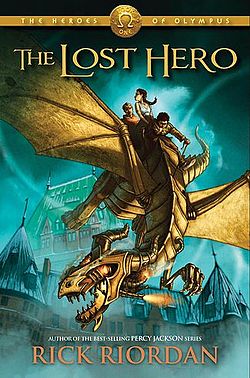 Searching for the perfect baby name can be hard. For parents and authors alike, choosing the right name is vital. Questioning friends and relatives put the pressure on. The answer to ‘do you have a name chosen?’ is almost more important than knowing the gender.

But in the last two years it seems naming a child has become a competition. Weird and wonderful names have become endemic of our star-spangled, internet age. We’ve had Blue Ivy and North West, Klay and at least five Kingsolomons (yes all one word) in the US alone. Likewise, names-with-inspired-spelling have soared. Who wants a Michael when you can have Mykale? Or a Karen when there’s the phonetically-challenged Kyeryn? Then there’s the trendiest little girl of all time: Hashtag ‘8pounds and I luv her so much’ Jameson. Her photo went viral after being named after the ubiquitous Twitter symbol. She’s bound to be best buds with ‘Like’, an Israeli child named after the Facebook button. There’s no sign of a Poke yet or a LOL, but online media predicts that’s probably just a matter of time.

So we could ask whether there should be rules. In New Zealand, they’ve said no to a lot of these bizarre baby names. 4Real is banned. So is the unimaginative 2nd, 3rd, 4th and 5th. And naming your child after an engine? Say no to calling the bairn ‘V8’. Titular names: King, Queen, Prince etc. Also not acceptable.

Similar strictures apply in other countries where governments have stepped in to curb parental ‘creativity’. The Tennessee couple who proudly called their newborn ‘Messiah’ have not-so-quietly changed the name to ‘Martin’. Pronounced ‘Albin’, the Swedish baby ‘Brfxxccxxmnpcccclllmmnprxvclmnckssqlbb11116’ is probably never going to be able to spell his name correctly but at least his parents did it in protest of the country’s strict naming laws that removed the chance of him being called Metallica or Ikea. And Norway and Iceland gave up on banning the weirdness and simply came up with a list of acceptable names.

Yet it’s normal for name trends to follow what’s most important to the parents as shown by the sudden spikes in Edwards, Bellas, Hermiones and even Katnisses and Catos. It shouldn’t surprise us that text lingo like ‘4Real’ and ‘Hashtag’ are filtering their controversial way onto our birth records. So another question is… will these names ever be popular? Perhaps one day we will have as many ‘Likes’ as we have ‘Georges’ sitting in classrooms and the playground will be full of little girls called Zamzam and boys called Kindle. For now, however, we can sit tight and think of some new names representative of 2013. Or maybe just stick with Freddie.