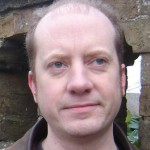 Too much of our day is spent looking at our computer screens, having conversations with authors, agents, printers, reviewers and retailers by email. Efficient it may be, but sometimes you miss hearing a voice, seeing an expression. It can tell you so much about a person.
So, after months of email chat, it was an absolute pleasure to finally meet our new debut author (I feel we should have some fanfare here) Richard Jay Parker, whose chilling debut Stop Me is due out on the 4th August. As luck would have it, advance copies had just arrived in from the printers so Richard was able to take away with him the fruits of his labour – a glossy new book hot off the press.
He’d been in town lunching with The Curzon Group and discussing their upcoming publicity plan. (see Chiara’s earlier post with more info about their Take a Brit to the Beach campaign here). The Curzon Group is a new enterprise aimed at promoting British thriller writers and it’s really beginning to take off. Started by Matt Lynn, Alan Clements and Martin Baker, the trio of authors were soon joined by Tom Cain and our very own Richard Jay Parker, and yesterday he informed us that Clem Chambers, Leigh Russell and Anne Zouroudi have now also come onboard. An exciting new venture…