Crime writer, Kate Charles has been elected to become a member to the exclusive Detection Club – restricted to the very top crime writers in the UK. She joins the elite list of members which have included Agatha Christie and Dorothy L Sayers.

Crime writer, Kate Charles has been elected to join the exclusive Detection Club – restricted to the very top crime writers in the UK. 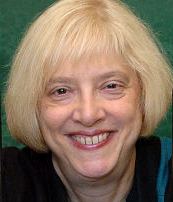 Originally American, but described by the Oxford Times as ‘a most English writer’, Kate Charles has lived in the UK for over twenty years (now in Ludlow) and is the author of the acclaimed ecclesiastical mystery series featuring female curate Callie Anson.

The elite Detection Club was first formed in 1930. Former presidents have included Agatha Christie and Dorothy L Sayers and amongst its limited members are the likes of Len Deighton, Reginald Hill, Colin Dexter and P D James.  Very few writers are elected to join each year.

Simon Brett, the current president, had the pleasure of informing Kate of her election and she is, unsurprisingly, delighted. Interviewed by her local paper, The Shropshire Star, she said: “I’m so excited, it’s the kind of thing I’ve dreamed about since I was a kid.”