Could The Hoff be anything but The Hoff?

I believe it is a universal fact that everyone will have some kind of reaction to the mention of two simple words. And the words are: The Hoff.

Whether you can bear to admit it or not, the man has become an icon. Yes, I watched Knightrider. Yes, I watched Baywatch (the early series), yet I’m not sure anyone could have foreseen what has become The Hoff Phenomenon. And by this phenomenon, I mean the kind that saw me wasting time, on a holiday in Germany, taking stupid photos like the one below to amuse my friends. (I think I planned to Photoshop David Hasselhoff’s face over the child in the rear window. Yes, I’m a scream. Don’t judge me.) 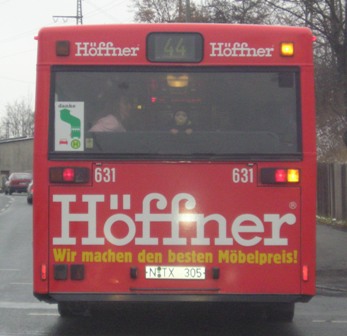 Fact is, there are arguably few people in the celebrity world who can boast having created such a long-lasting aura around their persona. Granted, the aura is one of unadulterated cheese…

So it was with interest that I heard Hasselhoff would like to play the much-loved character Lovejoy, who happens to be the creation of one of our authors Jonathan Gash.  I had always wondered if Hasselhoff really took himself seriously, and was somewhat relieved to know that he realised he’d never get to play such roles ‘because The Hoff has taken over’.  And after coming across his so-bad-it-almost-hurts video Jump in My Car, I have to hand it to him for not only accepting his predicament but for embracing the parody he has become. For it would take an even bigger phenomenon to break that Hoff mould.

Could you ever accept The Hoff playing Lovejoy or another respected character?