Where The Truth Lies

These two highly desirable men, once inseparable (and insatiable, where women were concerned), were driven apart by a bizarre and unexplained death in which one of them may have played the part of murderer. As the tart-tongued, eye-catching O’Connor ventures deeper into this unsolved mystery, she finds herself compromisingly coiled around both men, knowing more about them then they realise and less than she might like, but increasingly fearful that she knows far too much.

‘Rupert Holmes is a genius’

‘A big, juicy book with pungent dialogue, vivid descriptions, and outsized characters… Holmes is…one of those gifted people who seem able to do anything they want with the English language. So it’s no surprise that when Holmes wrote a mystery it would prove so entertaining… Every scrap of lawyerese or Mafia-speak, every titbit of Hollywood lore, every scene of mental or physical intoxication, every tightening of suspense is beautifully rendered, polished to a sheen.
Holmes seduces us’

‘Holmes, who has won honors galore for his inventive storytelling on Broadway, delivers a giddy fun-house ride through bygone eras’

‘Engrossing from start to finish’

‘Five pages into Rupert Holmes’ Where the Truth Lies, I was intrigued. Twenty pages in, I was laughing. A hundred pages in, my wife told me to turn off the damned light already and come to bed. This is a book astonishing not only for its intricate plot and rich characters but for the ways in which it finds humor in the darkest of places’

'Sexy and surprising, witty and intriguing. I was hooked from the very first page’

Candace Bushnell, author of Sex in the City

‘A stylish and darkly funny novel’

‘A clever, funny and original gallop through 1970s celebrity culture’

Be the first to review “Where The Truth Lies” Cancel reply 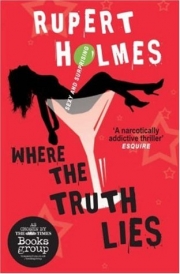 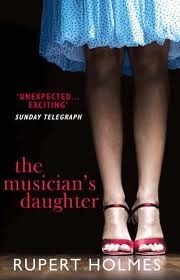