‘His heart was beating like a drum at dawn. Something clawed at his stomach, something with talons from his worst nightmares.’

An invitation to visit one of Cairo’s antiquarian booksellers sets in train a series of terrifying ordeals for Jack Goodrich. Having been shown a priceless sword claimed to have belonged to the Prophet Muhammad, Jack returns home brimming with excitement. But that’s when the nightmare begins…

A dangerous new movement within the ranks of fundamentalist Islam wish to put a new Caliph on the throne, to rule the Muslim world. To do this they require the Sword, and they will stop at nothing to get it. With the deadliest of weapons in his hands, if the new Caliph were to declare jihad, the consequences would be catastrophic.

A tense and gripping thriller on a truly international scale that poses a chilling question:  how can you stop a holy war before it starts…

‘Daniel Easterman has a string of taut, exotically plotted, international thrillers to his credit. At his best, he can weave a web of suspense, laced with historical and mythological reference that baits the imagination, satisfactorily embroidered with bullet holes and bloodshed. All cracking examples of the genre’

Be the first to review “The Sword” Cancel reply 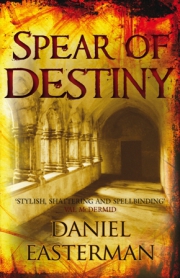 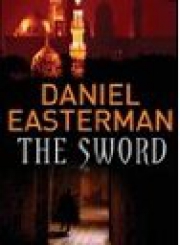