The Girl on the Beach

Julie Monday, abandoned by her mother and raised in a children’s home, enjoys a rare moment of happiness when at the age of eight she visits the Essex seaside and meets eleven-year-old Harry Walker. They spend a happy few hours together, but at the end of the afternoon, she must return to the Foundling’s Hospital, and Harry goes home to his family. Ten years later, they meet again. Fated to be together, they marry just before the outbreak of the Second World War. But it’s now 1939, Harry has enlisted in the Royal Air Force, and Julie must face the blitz in wartime London alone with their son.

Travelling back from work one day, Julie is caught in the chaos of a direct hit. Rescued from the destroyed air-raid shelter, but injured and with severe memory loss, Julie is given a new identity as Eve Seaton. But it is not easy to become a different person; plagued with disturbing flashes of memory that she doesn’t understand, forgetting her former life as Julie Monday proves impossible. She must make a decision: should she make a new life for herself as Eve, or struggle to recover the pieces of a shattered identity?

A compelling wartime saga of unbreakable bonds, divided loyalties and dangerous secrets...Poignant, powerful and impossible to forget, THE GIRL ON THE BEACH continues to cement Mary Nichols’ standing as one of the genre’s finest writers!
Mary Nichols writes with authority, compassion and sensitivity about the pain, heartbreak and tragedy which millions of innocents endured not so long ago during the Second World War. This talented storyteller brilliantly captures the spirit of the time and vividly recreates the anguish, suffering and helplessness of the War without resorting to insipid melodrama or cliches. Indeed, THE GIRL ON THE BEACH is a triumphant story of forgiveness, the healing power of love and the endurance of the human spirit...a fantastic read that will keep readers on the edge of their seats and engrossed from start to finish!

‘Nichols is a consummate storyteller and cleverly weaves the progress of the war into the lives of her characters. She brings the past alive and deals with the tragic consequences of war. Love, loss, rationing, the black market, the struggle of the ordinary people and the armed forces are all touched upon in this delightfully compelling story.' 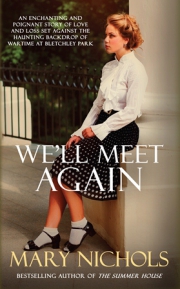 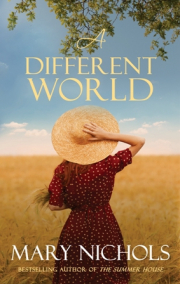 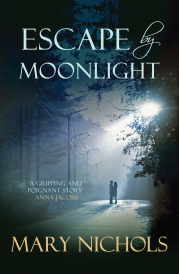 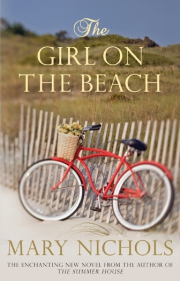 91-year-old Kitty Baxter talks to @historyhit about the joyful moments, as well as times of struggle and loss, as an evacuee during WWII.

Hear her story in her own words...

Keen to find out more? Get your copy of this powerful memoir now: https://amzn.to/3yjEqNg

Happy Friday! Check out our ebook of the month: 'A Devon Night's Death' by Stephanie Austin.😍

Get this murder mystery for just 99p this month! 🕵️‍♀️

The sun is shining on our August publication day!

It is a truth universally acknowledged that a book